The Pinery at Black Forrest

The atmosphere was festive as a record 95 people gathered for the annual AMR Holiday Party on Dec 5. This year’s event was held at The Pinery in Black Forest, which provided an excellent dinner that included both blackened salmon and petite fillet.?

The evening began with opening remarks from this year’s emcee, Phil O’Brien, followed with greetings from President Joel Godfredson, who encouraged everyone to get more involved in our Club in 2016

Vice President John Duclos announced the annual awards given to members who have provided exceptional service to AMR during the year. This year’s recipients were as follows: Bill Cosper, Green Flag Award for a newer member; Dana Kasten, Pink Flag Award for the outstanding female member; Travis Smith, Enthusiast of the Year; Tim Drummer, Bob Bills Dedicated Service Award; and Travis and Kara Smith, Fall Tour Trophy. Joel Godfredson was also presented with a PCA 60th Anniversary Eddie Bauer jacket in recognition of his service as our President during 2015. The final award of the evening was The John Deere Award given in recognition of the DE driver who does the best imitation of a John Deere tractor. The proud recipient this year was Mark Stolberg.

President Joel Godfredson then handed out gifts of specially crafted, folding event chairs with our 40th anniversary logo on the back to a number of people who provided exemplary service during his first year in office. It was another reminder of how many people it takes to keep the AMR wheels moving and how fortunate we are to have such great volunteers.

The last official business of the night was handled by our Zone 9 Representative, Liz Shaw who called forward all the newly elected officers and board members, and with their hands firmly attached to a Porsche service manual, administered the oath of office for 2016.

Of course the night could not end until Jim Sorenson handed out raffle prizes, holding the coveted $1,000 Tire Rack gift certificate until the very end. And this year’s lucky winner was . . . John Duclos!!

Many thanks to Jack & Chris Ferguson for organizing the event and to Nancy Young for The great table decorations! 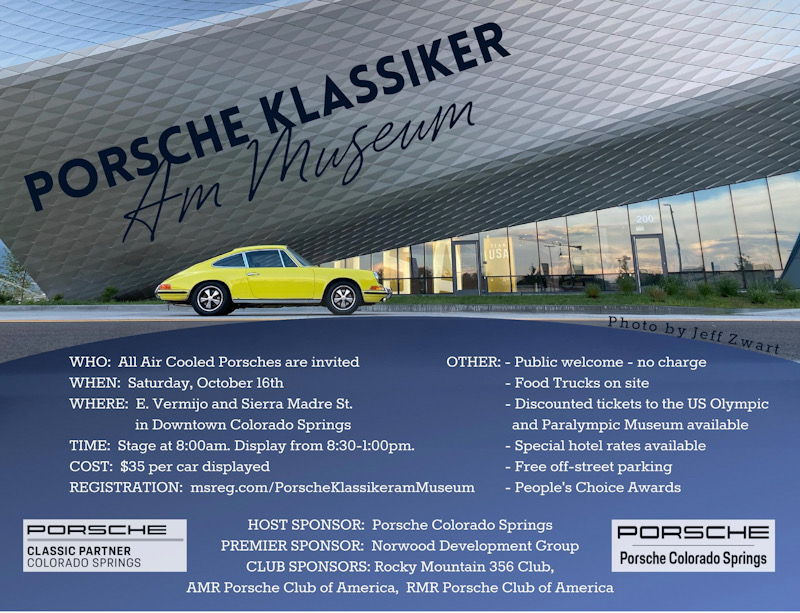